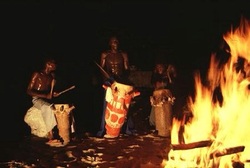 Voodoo is a religion that was brought to the Western coasts by slaves from Africa. It started in Haiti in 1724 as a snake cult that worshipped many spirits pertaining to daily life experiences. The practices were intermingled with many Catholic rituals and saints. It was first brought to the Louisiana area in 1804 by Cuban plantation owners who were displaced by revolution and brought their slaves with them.

Voodoo is spelled several ways: vodun, vaudin, voudoun, vodou, and vaudoux. It is an ancient religion practiced by 80 million people worldwide and is growing in numbers. With voodoo’s countless deities, demonic possessions, animal sacrifices (human sacrifices in the Petro -- black magic form of voodoo)  voodoo practitioners cannot understand why their religion is so misunderstood.

Voodoo rituals are elaborate, steeped in secret languages, spirit possessed dancing, and special diets eaten by the voodoo priests and priestesses. The ancestral dead are thought to walk among the living during the hooded dances. Touching the dancer during this spirit possessed trance is believed to be dangerous enough to kill the offender.

Talismans are bought and sold as fetishes. These could be statues representing voodoo gods, dried animal heads, or other body parts. They are sold for medicine and for the spiritual powers that these fetishes are believed to hold. The dark side of voodoo is used by participants to summon evil spirits and cast hexing spells upon adversaries. 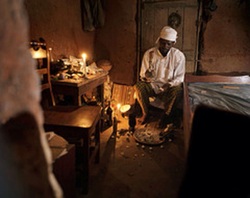 The Priesthood and Rituals
The priesthood of voodoo is held by both men and women. There are stages of initiation into its priestly duties. Their functions are primarily: healing, rituals, religious ceremonies to call or pacify the spirits, holding initiations for new priests or priestesses, telling fortunes, reading dreams, casting spells, invoking protections, and creating potions for various purposes. These potions are for anything from love spells to death spells; all for a hefty fee of course.

Key items are used in the many rituals of voodoo. The priest’s geographical area of influence is called the parish. An eclectic array of items covers the altar in the temple or hounfort; a peristyle is a roofed or open space where the public voodoo ceremonies take place. The items on the altar would be used in its rituals and include objects that have symbolic meaning: candles, food, money, amulets, ritual necklaces, ceremonial rattles, pictures of Catholic saints, bottles of rum, bells, flags, drums, sacred stones, and knives. 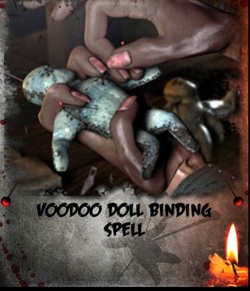 Beliefs
Voodoo belief recognizes one Supreme Being who created the universe, but who is too far away for a personal relationship with its worshippers. Therefore, the cult followers serve the loa or lesser deities to gain guidance for their lives. The loa are the spirits of ancestors, animals, natural forces, and the spirits of good and evil.

When comparing Christianity and the Voodoo religion, the more apparent difference is that Christians do not have to elaborate with expensive rituals to appease God. Christians believe that God, in His mercy, sent His Son Jesus to fulfill any sacrifice needed to quell evil and uplift the goodness of God. Those who worship God in truth have a close relationship with Him. He is closer to us than a brother (Proverbs 18:24).